Okay so I got really bored and I decided to work with that hair I made a while ago. This is the result, it won't be used for anything, it's totally nothing special. Infact it's pretty crap. To be honest I only used Stardoll clothes because I knew it was for nothing and couldn't be bothered, ehe I'm lazy.

The magazine name is Eternity, becasue I was looking at past issues of the magazines earlier.. Shock of the century... *badummmm chhhh* 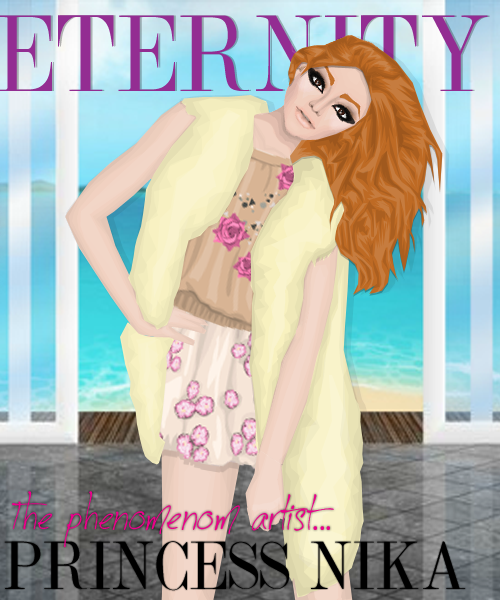 I AM AWARE it has hardly any shading or whatever, I just saw no point in shading it well if it had no purpose. The only thing I sort of like is the text, other than that it's a mess.

I'm working on the LE project now which is going somewhat okay, hit me up with all yo' criticisms...